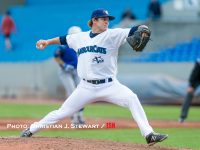 PRESS RELEASE FOR IMMEDIATE RELEASE – July 13, 2016 GRESHAM, OR— The Victoria HarbourCats showed why they have been the highest scoring offence in the West Coast League this season, as they played the second game of a three-game series against the Gresham GreyWolves at Oslund Field on Wednesday night. This game featured a strong […] 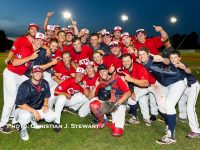 Story and Photos by Christian J. Stewart (ISN) June 30, 2016, Victoria, BC (ISN) – It has been a magical West Coast League (WCL) season so far for the Victoria HarbourCats and that magic continued at Royal Athletic Park (RAP) on Thursday, as the HarbourCats rolled to an unprecedented 18th win in a row with […]