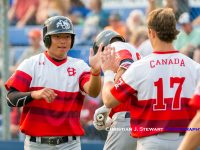 NEWS RELEASE FOR IMMEDIATE RELEASE – August 9, 2017 The Victoria HarbourCats had a chance to clinch a berth in the West Coast League Championship Series for the first time in franchise history on Wednesday night in Kelowna. Led by another offensive outburst, and a strong start on the mound, the HarbourCats left little doubt […] 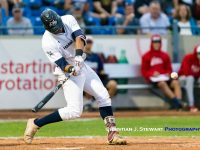 Harrison Bragg hit a two-run home-run in the sixth inning Tuesday to help Victoria to an 8-2 win over Kelowna in Game 1 of the WCL North Division Championship (Photo: Christian J. Stewart) Story and Photos by Christian J. Stewart August 8, 2017, Victoria, BC – Less than 24 hours following one of the craziest […] 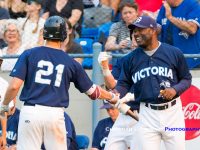 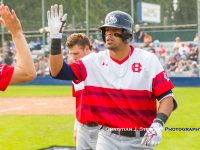 HarbourCats loss means pennant to be determined in Wenatchee on Monday

Harrison Bragg gets a high-five after hitting his first of two home runs Sunday in Port Angeles (Photo: Christian J. Stewart) NEWS RELEASE FOR IMMEDIATE RELEASE – August 6, 2017 With the West Coast League’s North Division second half pennant hanging in the balance, the Victoria HarbourCats (29-25, 15-12 second half) played a marathon extra […] 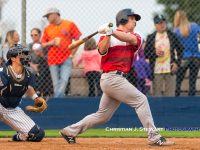 Pennant coming down to final Sunday after win over Lefties

Victoria’s Kevin Collard would have a three-hit and two-RBI night in leading the HarbourCats to a 6-4 win over the Lefties in Port Angeles on Saturday (Photo: Christian J. Stewart) NEWS RELEASE FOR IMMEDIATE RELEASE – August 5, 2017 The Victoria HarbourCats (29-24, 15-11) began a season-ending two-game series in Port Angeles against the Lefties […] 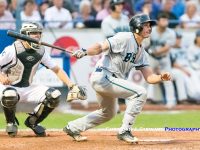 Bellingham’s Chase Illig was one of three Bells to have three-hit evenings Wednesday, notching the game-winning RBI in the top of the ninth inning of the 6-2 win over Victoria (Photo: Christian J. Stewart) Story and Photos by Christian J. Stewart August 2, 2017, Victoria, BC – In the final home game of the season […] 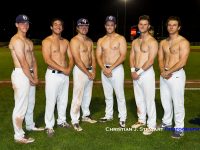 HarbourCats Rebound for Key Win Over Bells, Jump Back into First 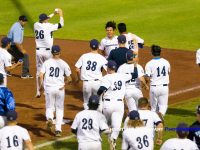 VICTORIA, B.C. – As the fifth season of Victoria HarbourCats baseball heads into the final games, plans are well under way for a sixth campaign in the West Coast League. The HarbourCats play host to the Bellingham Bells in an important series Monday-Tuesday-Wednesday. Playoffs loom after that if the HarbourCats can hold on to first […]