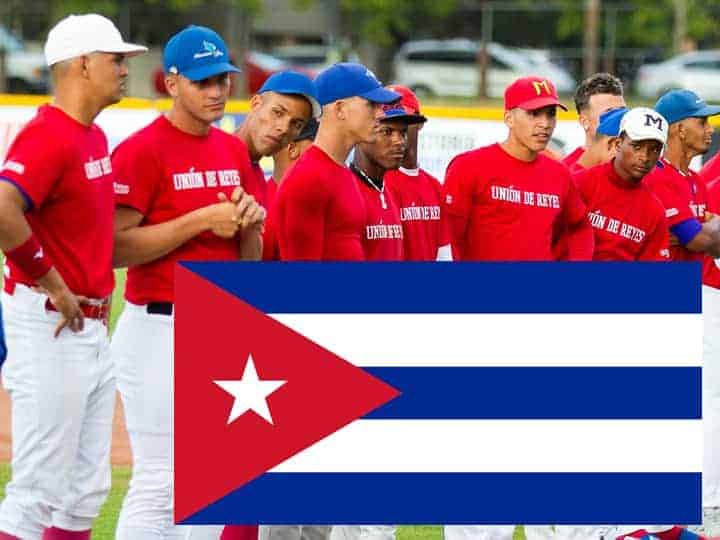 All the players on the Union de Reyes team, which will be touring Vancouver Island and hosted by the Chemainus and District Baseball Association, are under 23 years of age, and have mostly played together for five years under the Matanzas Baseball Association. The team entered the recent playoffs in first place.

“First, we want to say a huge thank you to Rick and April Shay, and all the people from the Chemainus and District Baseball Association who have developed such a strong relationship with Union de Reyes,” said Jim Swanson, Managing Partner of the HarbourCats, who himself has a long history working with the FCBA (Cuban Baseball Association). “Many members of this team will be making their second visit to our great Island, and this team will be a great test for our roster. A lot of effort and time has gone into making this happen.”

The HarbourCats will have two of the players from Union de Reyes on the roster from the start of the season — 20-year-old pitchers Alejandro Ortega Lopez, and Adriel Quesada Pena. Ortega is 6-3/198, and Quesada is 5-11/165, and both throw in the mid-to-upper 80s.

“We’re excited to add Alejandro and Adriel, and let them show us how passionate Cubans are to play baseball, especially at a level like the West Coast League — this will be good for everyone involved,” said Swanson. “Their visas allow them to be here for the full season, and we’re sure our fans will be eager to see them pitch.”

This is not the first foray into the international player pool for the HarbourCats — including last season, when Bahamian pitcher Chavez Fernander and Taiwan infielder Po-Hao Huang (‘Bernie’) were part of the North Division champions. For the 2018 season, the team will have four players from Taiwan, and these two Cuban pitchers.

2018 Tickets Now on Sale: Season Tickets, 10-Game Flex-Packs and Single Game tickets are now on sale for the 2018 season. Visit the office at 101-1814 Vancouver Street or call 778-265-0327 to order. Single game tickets can also be purchased on-line at www.harbourcats.ticketrocket.co