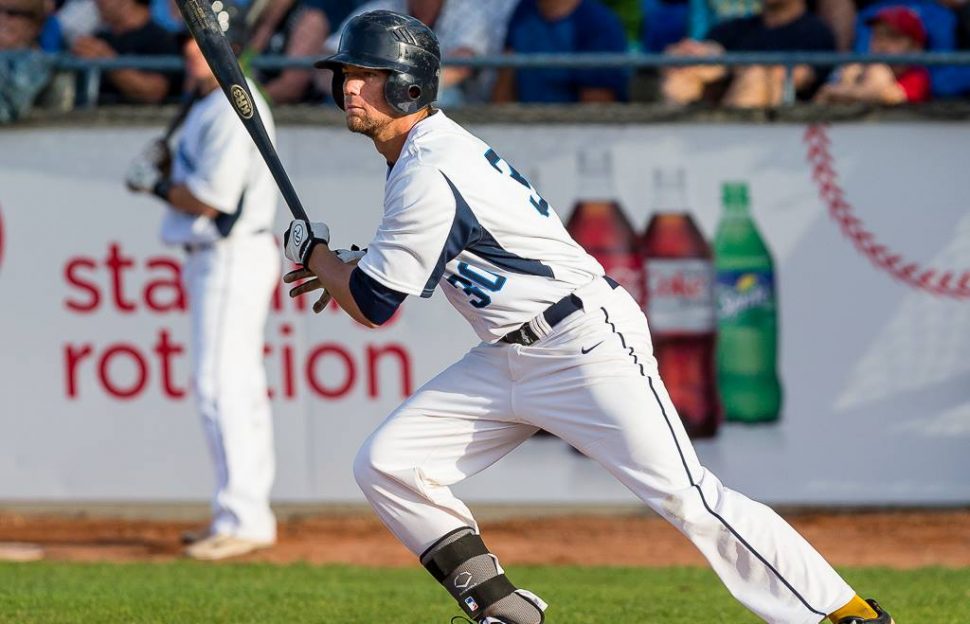 Victoria B.C- The Victoria HarbourCats are pleased to announce plans for a Champions Series that will be held on special home game dates throughout the West Coast League team’s fourth season in Victoria.

The Champions Series will highlight Victoria’s outstanding history of sports excellence. Many teams and athletes of Victoria sports past and present will be at the ballpark, and honoured throughout the two-day event, ranging from baseball to lacrosse, football and beyond.

June 14-15 — Bates, Budget, Payless and all the great champion fastball teams of the “golden era” of RAP

June 24 — Salute to the Seals, the best organization in Golden League history, operated by the Parker Family

June 30 — MMA star fighter Sarah Kaufman, a Claremont Secondary grad who attended UVic, and is a force on the MMA circuit, to help with throwing out the first pitch on our first Fireworks Night.

“Sorry, Edmonton, but Victoria is doing everything it can to steal that ‘City of Champions‘ title from you, and this plan to celebrate our great athletes is just a small part of that, we hope,” said General Manager Brad Norris-Jones.

“From the old fastball teams here, who brought so many great memories, and the history involved, to the recent successes of Mount Doug football, Sarah Kaufman and the Shamrocks, we’re proud to be able to let people celebrate more than the HarbourCats. Plus, we’ve come through a great winter with the Royals finishing first overall in the WHL — excellence is part of the fabric of Victoria.”

Prominently highlighted will be teams and individuals who have played major roles in the proud history of baseball and softball in the B.C. capital.  Our city has a distinguished record of success in senior men’s baseball, with a Victoria-based team winning the Canadian Senior Men’s National Championship ten times between the years of 1975-2001. Royal Athletic Park has also hosted the national championship on three occasions (1974, ’83, ’97).

All of these teams will be recognized during the Champions Series. All players and coaches from those teams are invited to attend the games on June 14-15. Representatives include Bob Burrows, a coach and catcher for the 1982 champion Budget squad, and a member of the Greater Victoria Sports Hall of Fame.

Still on the diamond, Victoria has a longstanding history of supporting professional baseball that dates back over one hundred years.  The original Victoria Capitals won the city’s first pennant in 1920, playing for crowds in excess of 4,000.  Affiliated professional teams, the Victoria Athletics, Tyees, Mussels, and Blues followed the Capitals.

More recently, the Seals, an independent professional squad, were a hit in the city in 2009-10, playing before average crowds of over 2,300 at RAP.  The Seals will be honoured during the Champions Series with Charlie Strandlund, who serves as an ambassador for the HarbourCats, among those who will be on hand. More details on that will be announced prior to the game.

Part of the fabric of the community and sports landscape for many years has been the Victoria Shamrocks of the Western Lacrosse Association. The Shamrocks have roots in the city dating back over 60 years, boasting an extensive alumni of elite level lacrosse talent.  They are a perennial championship contender, with 20 provincial championships and 19 league titles in their illustrious history.

The Victoria Shamrocks, owned by Jim Hartshorne, have done an outstanding job of representing our community, and the HarbourCats are pleased to recognize them during the Champions Series.

In addition to successful sports teams bringing top-level sport and championship to our city, Victoria is also home to countless world-class athletes who have gone on to reach the pinnacle of their respective sports, having grown up right here on Vancouver Island.

Brian Ramsay is another example.  Born and raised in Victoria, Ramsay played high school football here at home and earned a scholarship to attend and play football at the University of New Mexico (NCAA Div. 1).  He was drafted in 2006 by the Canadian Football League’s Toronto Argonauts, and has since enjoyed a nine-year CFL career, winning the Grey Cup with the Edmonton Eskimos in 2015.  Ramsay will attend the Champions Series.

Sarah Kaufman is one of the top female fighters in MMA today, competing in the women’s bantamweight division, and is the former Women’s Strikeforce Welterweight Champion. She owns a career record of 17-4, stepping in the octagon against the top names in women’s MMA including a bout with Ronda Rousey, and a victory over Miesha Tate.

“We are extremely excited about 2016, our fourth season in Victoria,” said Managing Partner Jim Swanson. “With the season so close, tickets have been selling very quickly, so we recommend that you act fast to secure your seats and make sure you are a part of our grand slam season.”