The Biggest Baseball on Vancouver Island Coming to Victoria 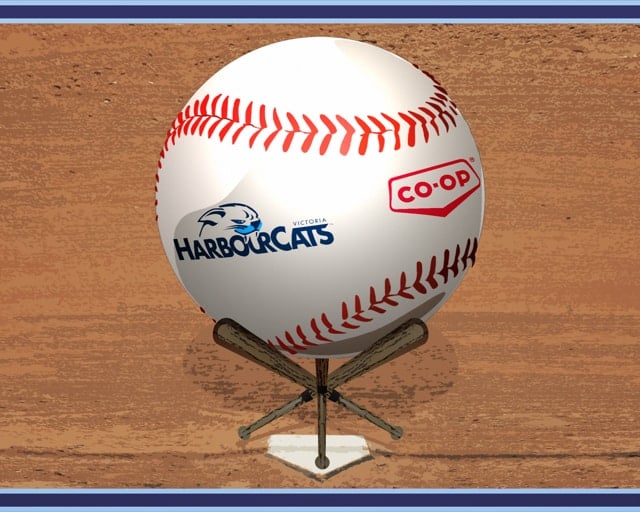 Thanks to Peninsula Co-op, the HarbourCats will have more special events at Wilson’s Group Stadium at RAP in 2018

VICTORIA, B.C. — It will be the biggest baseball on Vancouver Island, ready for fans to grab a Sharpie and sign their autographs.

It’s just part of the fun that Peninsula Co-op is helping bring to HarbourCats games this season.
Peninsula Co-op is pleased to team with the Victoria HarbourCats to bring a unique fan-involvement activity to Wilson’s Group Stadium at Royal Athletic Park for the 2018 West Coast League season. A five-foot-high baseball, being completed by Ultimate Foam Creations, a Victoria company specializing in unique and creative uses of foam, will be at the park all season, and fans can sign away — until the baseball is full of autographs.

“This is something fun for fans to see, and participate in, and we’re pleased to work with both James at Ultimate Foam Creations, and with Peninsula Co-op,” said Brad Norris-Jones, GM of the HarbourCats. “Our players sign thousands of autographs during the season, so this is a way to get the great signatures of our fans — everyone can add their name to the biggest baseball on Vancouver Island this season, starting with the Home Opener on June 1.”

That’s not all Peninsula Co-op is bringing to Wilson’s Group Stadium this summer.

On June 2, from noon to 1:30pm, Peninsula Co-op is sponsoring a meet-the-players event, a chance to meet the latest edition of this six-year-old franchise, get autographs, and talk baseball. The meet-greet will be held at Wilson’s Group Stadium, and will be in conjunction with a festive street fair put on by the North Park Neighbourhood Association (details on that to be announced).

“These are all great ways for the community to get even more enjoyment out of HarbourCats baseball, to have these champions in their own right participate on the field,” said Norris-Jones.