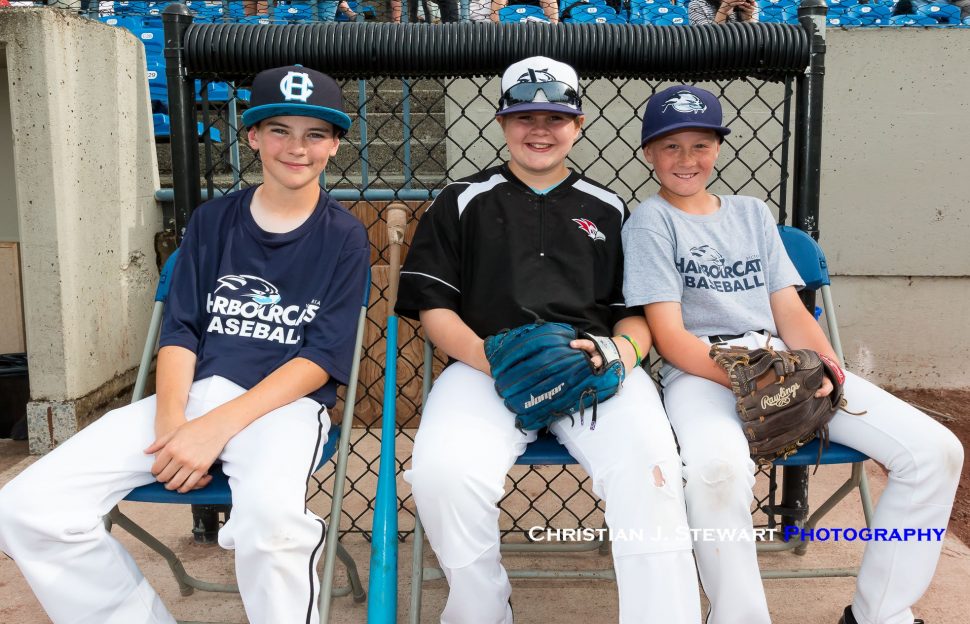 The HarbourCats are very pleased to announce that Tim Hortons has come on board as official naming sponsor of ‘Tim Hortons HarbourCats Elite Baseball Camps’ at Royal Athletic Park as well as sponsoring HarbourCats broadcasts on Shaw TV and Go LIVE Broadcasts.

All participants in Tim Hortons HarbourCats Elite Baseball Camps will receive a t-shirt with Tim Hortons logo as well as a Tim Hortons gift card.

Tim Hortons HarbourCats Elite Baseball Camps are a place where youth players (aged 6-10, 11-18) can learn the fundamentals of the game of baseball in a fun, but structured camp environment.

Finally, uniforms of HarbourCats bat boys and girls, will be branded by Tim Hortons.

Other elements of the HarbourCats partnership with Tim Hortons will include sampling and prizing opportunities for fans at games, as well as the famous coffee cup shuffle on Royal Athletic Park’s video scoreboard.

With just two weeks remaining until the HarbourCats open the 2017 West Coast League season in Port Angeles, and less than three weeks until Opening Night in Victoria, HarbourCats head coach Brian McRae continues to fine tune his roster ahead of the first pitch.

Noah Prewett is a versatile infielder who will bring flexibility to head coach Brian McRae’s roster. A talented young hitter, Prewett is hitting .308 with three doubles and three RBIs in 21 games as a freshman for the University of San Diego (NCAA Div. 1; WCC) who have been nationally ranked for much of the season. He also has the ability to come out of the bullpen.

Travis Kuhn adds an exciting arm to the HarbourCats pitching staff for pitching coach Mike Spears. Kuhn was a 2016 Rawlings-Perfect Game Honorable Mention All American and a California Region Honorable Mention. Playing for the Moose Jaw Miller Express in the Western Major Baseball League last summer, Kuhn converted all six save opportunities with a 0.81 ERA and 29 strikeouts in 22 innings pitched.

Steven Chavez brings another potent bat to the HarbourCats lineup, and also possesses the ability to pitch. The physical infielder is hitting .329 with seven doubles, a triple and a home run while contributing 16 RBIs as a sophomore. He also made one scoreless appearance out of the bullpen for Loyala Marymount University (NCAA Div. 1; WCC).

Nick Bellafronto adds infield depth as the first member of the Standford Cardinal (NCAA Div. 1; Pac-12) to sign with the HarbourCats. Prior to Stanford, Bellafronto was a two-time all-league player and lettered in baseball all four years at Bellarmine High School, serving as team captain during his senior year.

SALE CLOSES FRIDAY — The HarbourCats are staging their second consecutive fan vacation to Seattle in 2017 to see the Blue Jays take on the Mariners.

Cheering on the return of sports