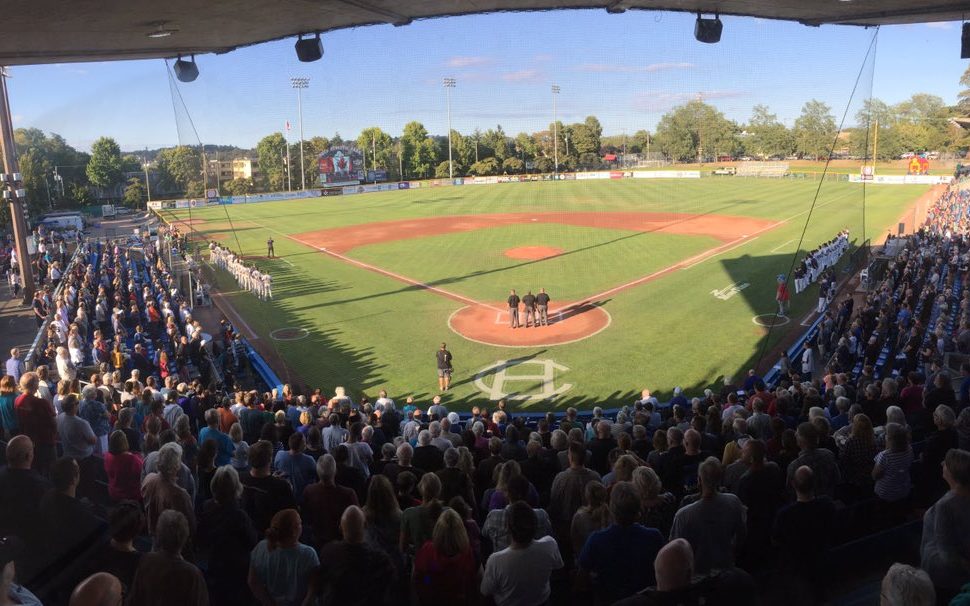 VICTORIA, B.C. – Victoria has been announced as the host for the next two national men’s baseball championship tournaments — the 2017 and 2018 Baseball Canada Senior Championship.

A group spearheaded by the HarbourCats, and chaired by Shawn Petriw with support from B.C. Senior Baseball and SportHost Victoria, submitted a bid to host the tournaments and Baseball Canada has now announced that Victoria has won the right to host the men’s national championship for the next two years — taking place in the third week of August. The 2017 event will run August 23-27, while in 2018 the tournament will take place Aug. 22-25, with almost all games, and all playoff games, taking place at Royal Athletic Park.

Each province in Canada is expected to send their provincial champion, though the exact roster of teams will be unveiled with the tournament schedule at a later date. The host Victoria team will be looking to do what the Prince George Axemen did in 2012, win the national title as hosts on home soil.

“Attracting these events to Victoria builds on our team’s desire to build baseball in all areas in Victoria, and on Vancouver Island, and bringing the nationals here is a major step, said HarbourCats managing partner Jim Swanson. “We have assembled a great committee who will help guide a volunteer-driven community event that further establishes Victoria as one of the great baseball markets in Canada. We know the participants will love it here.”

Ticket plans and pricing for the 2017 tournament will be announced in early 2017, when the official schedule is released by Baseball Canada.

The HarbourCats will play two exhibition games at Royal Athletic Park, July 15-16, against the BC champion Burnaby Bulldogs, who won the 2016 provincial championship at Serauxmen Stadium in Nanaimo to qualify for the tournament. The Bulldogs, coached by Mike Sinclair, brother to Canadian soccer star Christine Sinclair, are traditionally a top senior men’s team and the July games will be used as an opportunity to promote and spread awareness for the tournament.

The HarbourCats are pleased to announce additions to the committee for 2017.

“We are proud to work with these people in getting this all set up so Baseball Canada can witness a first-class operation in Victoria,” said Swanson. “Organizational meetings are already taking place and the main planning pieces, such as accommodations and transportation, are the first priority. This is a great group — a lot of energy and expertise, and they will fill valuable roles in making this happen and working with our HarbourCats staff from start to finish. There are already some amazing ideas about special events around these tournaments that we think will get the attention of the general public, and draw even more people to Royal Athletic Park.”