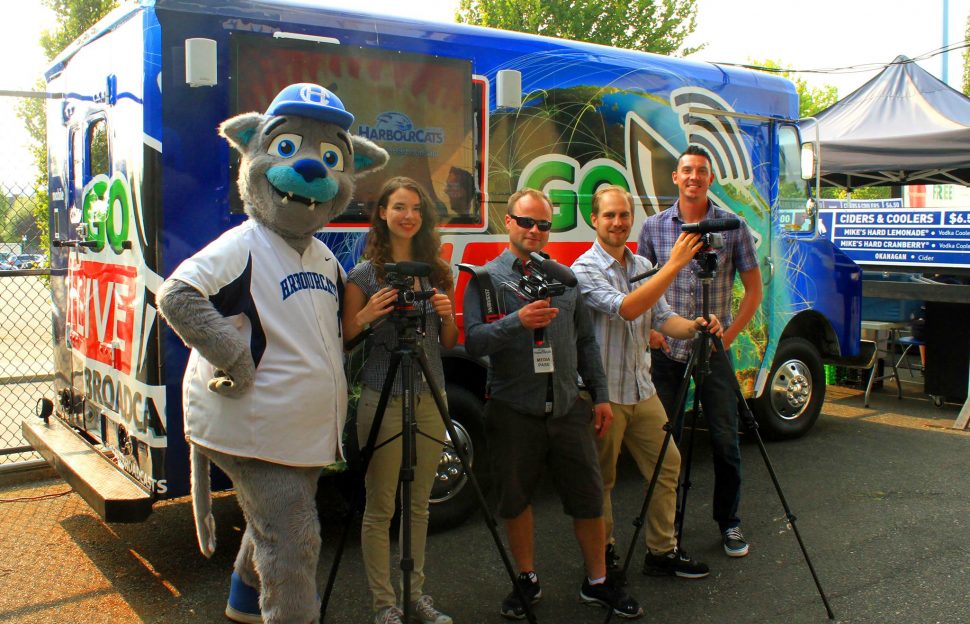 The HarbourCats are pleased to continue to provide these streaming broadcasts, which are offered on a PPV basis — these are high-production, switched/four-camera, with cable TV-level graphics and replays. Family members and friends of team members are particularly fond of this program, as it allows them to keep tabs on players as they battle in the competitive West Coast League.

A full-season package of 34 home games (plus playoffs as needed) is priced at $180USD, with single-game pricing at $9.99USD. Games are later available on the Go Live YouTube channel (see example below).

“The popularity and success of this, and the high quality of the video and presentation, is thanks to the great work by Chris Jaycox and his crew,” said Jim Swanson, Managing Partner of the HarbourCats.

“It’s something that others in our league and around baseball have taken note of, and the following has grown from year to year. We think there are aspects of the program that will become even stronger this year and will bring viewership numbers to a new level.”

Viewers can access the links for each game through the HarbourCats website, social media platforms, or any of Go Live’s portals.

Highlights are taken from the games and made available to media, and shown through various distribution channels in a “HarbourCats in Five” format, allowing those who can’t catch the game at the park or online to get a recap of what happened.

Advertisers have really started to jump on board, recognizing the reach of the broadcasts, hitting areas around the globe but also touching consumers locally through the Shaw game-of-the-week.

Mike Edwards, a Victoria product now at Ryerson University, will be the primary play-by-play voice, assisted by legendary local broadcaster Steve Duffy and Shane Mills throughout the season. The same crew will lead the broadcasting side of Go Live offerings during the 2018 Baseball Canada Men’s National Championship, slated for Aug. 23-26 at Royal Athletic Park and Lambrick Park.